Respects Commanders, Epy here. In our previous article we were reviewing Resources and Resources Upgrades in Etherium. Today we will take a look at the two next types of extensions: Area Upgrades and Global upgrades.

As you may have noticed, Etherium’s maps are divided into several territories that vary in size and in which Etherium spheres procedurally spawn at the beginning of a game, forcing you to rethink your strategy for each game even if you play on the same map.

You can take control of an area by building a Colony or an Outpost inside of each bordered territory. 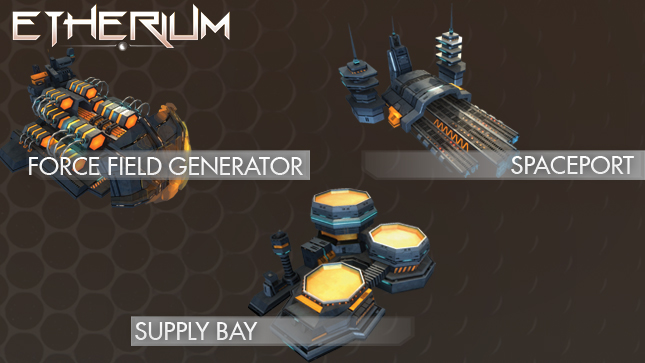 The Supply Bay is a very important extension. Indeed, if you take control of an isolated territory, your colony (or outpost) will be inoperative unless linked with your main structure by taking control of intermediate territories or unless you build a Supply Bay on it. Of course, only one Supply bay is needed and can be added on each territory.

The Spaceport creates a deployment area around the structure allowing you to buy and drop any unlocked unit in this territory.  Only one Spaceport may be built per territory. 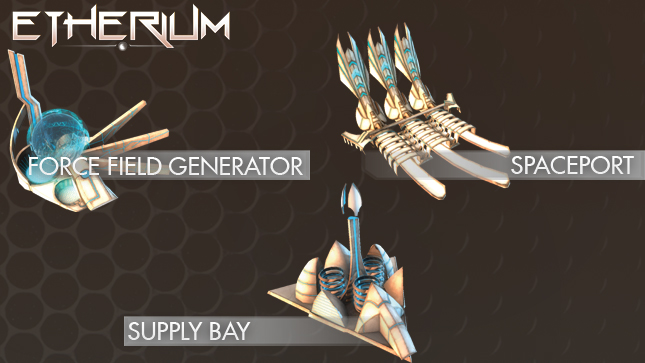 The Repair Bay enables your building to repair the units surrounding it offering them the opportunity to continue fighting even under heavy fire. Only on Repair bay can be built per territory. 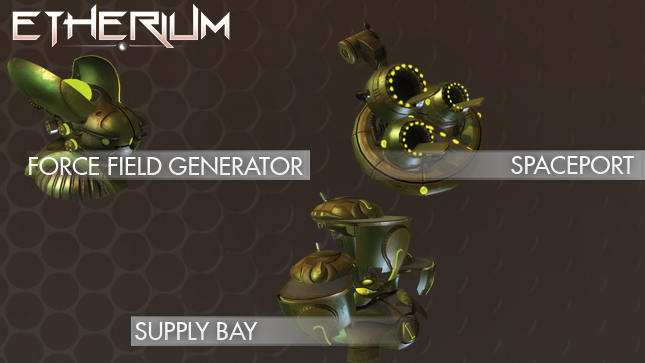 In addition, one type of extension, the Global Upgrades, is effective on the whole map: the Orbital Canon.

As you may have noticed, the factions’ fleets are flying above the planet during the battle and so you will be able to force them to flee by firing on them with some Orbital Canons. They inflict 1 point of damage to the fleet every 30 seconds and you can only get 5 orbital canons in the same time. The orbital canon is unlocked with the 3rd technological level and each fleet has 100 health points. 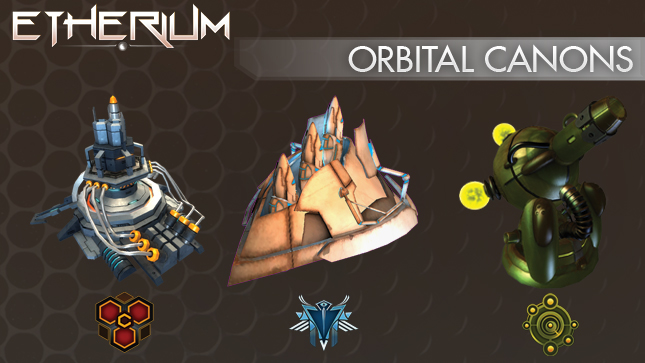 That’s everything for today. Stay tuned to discover later this week the last type of extensions: Upgrades specific and exclusive to each faction. In the meantime do not hesitate to ask if you need further information about the Area and Global Upgrades in Etherium.